Future of Electric Vehicles in Kenya

By 2040, electric vehicles are predicted to make for more than 50% of car sales. The electric vehicle will be cheap to use and maintain. Most importantly, they are safe for the environment as they do not produce any carbon or other harmful emissions. Their affordability makes them a great option for low or middle-income earners. Since the cost of operating and maintaining them is less as compared to petrol-based cars.

Electrical vehicles have been around for hundreds of years, but they started gaining popularity in recent years owing to the technological evolution in battery construction and rapid charging. Many companies are manufacturing some stunning electric vehicle models that represent the bright future of the electric vehicle industry.

Is all-Electric Vehicle Soon to Become a Reality?

An all-electric future is inevitable for the automobile industry, but the change is rather slow to happen. The sales of electric vehicles are accelerating around the world and 2020 witnessed about a 43% rise in the sales of EVs despite the pandemic.

For the past many years, only a few famous companies produced electric cars such as Tesla, BMW, Toyota, etc. Now, more and more companies are focusing on creating electric car models, which means that an all-electric future is not far away.

Countries such as the UK and France are aiming to phase out fossil fuel vehicles by 2040. Even the European countries have pledged to end C02 emissions by 2030 and aspiring to go all-electric.

The government of Kenya is planning for a 5% increase in their electric car share by 2025; out of the total vehicles registered, 5% will be electric cars. Various efforts have been made in the same direction with KenGen planning to create electric charging networks and electric vehicle transportation facilities for the public. The main goal is to eliminate the use of ICE (internal combustion engine) vehicles that are harmful to the environment and instead opt for environment-friendly EVs.

In Kenya, electric vehicles are marking their presence, with so many startups opening up in the cities such as Nairobi. The future of Electric Vehicles in Kenya is hard to predict right now. But it majorly depends on the companies that are focused on producing electric vehicles. And the adoption of EVs in other markets from where the vehicles are imported into Kenya such as Japan and other countries.

Most of the cars sold in Kenya, especially the pre-owned cars, are imported from Japan. So the condition of EVS in Japan will help in predicting the pace of their adoption in Kenya. The adoption of EVs in Kenya depends on the adoption of the same in other countries from where Kenya imports its vehicles. In fact, electric car sales have started increasing in Japan, with Nissan Leaf being the topmost company selling electric vehicles in the country.

To bring this 2025 goal to fruition, some steps have been taken by the government. In Kenya’s 2019-20 Budget, the excise duty is reduced to 10% from 20%, however, this is not enough to bring substantial changes. For instance, there are no automotive production lines for electric vehicles in Kenya. And having an auto assembly factory will make it affordable to own an electric car. Currently, importing an EV is a costly deal with 25% import duty, 10% excise duty, declaration fee, VAT, and other charges.

Challenges for EVs in Kenya

Apart from the costly importation charges, there are a lot of other challenges emerging in the path of Kenya’s goal of becoming fully electric by 2025. There is a lack of a durable electric grid network, government policies promoting the use of EVs, charging stations, maintenance, and after-sale service facility for electrical vehicles.

A major challenge that could limit EV growth in Kenya is the lack of charging stations. For owning an electrical vehicle, the primary concern for the buyer is to locate the various charging stations, but in Kenya, the options are limited. The owner will have to determine how long the car charging will last before they reach the charging station. This is why people shy away from buying electric cars. Currently, the charging stations are available at only three places in Kenya- Two Rivers, Thika Road Mall, and The Hub Karen.

No Auto Assembly Facility for EVs:

The cost of importing an electric car to Kenya is high, primarily because there is no auto assembly factory for electric vehicles in Kenya. Setting up such automotive production lines for EVs in the country will help cut down the shifting costs. Since various companies are producing EVs around the around, it is time the government makes an arrangement with one of the companies to open an auto assembly factory in Kenya.

Reducing the Cost for EV Charging:

Currently, there are no public charging stations networks for EVs accessible to the Kenyan people. Another initiative that could help reach the EVs goal is to provide for public charging station networks. To encourage EV ownership and adoption in Kenya, the government should reduce the cost of electric vehicle charging.

People are not aware of the EVs as public transportation in Kenya is mostly petrol or gasoline-based. To create a robust EV infrastructure, creating an electric public transport system will be a great first step. This will also help curb the pollution and make the transport facility a lot cheaper.

If Kenya aspires to go all-electric, then, a lot of steps need to be taken by the government to actualize their goal of electric and clean transportation by 2025. Currently, EVs make for a small percentage out of the total number of vehicles on the road. To tap into the potential benefits that electric vehicles have to offer, the government and car manufacturers have to work harder for the many years to come. 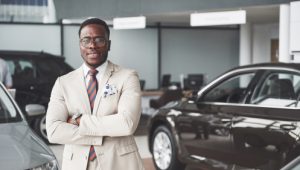 Don't miss out on our latest articles, News & Amazing Offers!